The Slipper and the Rose 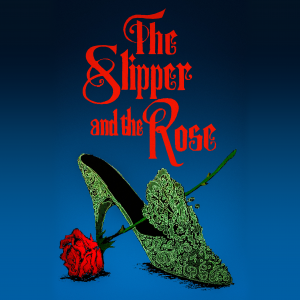 From the composers of Mary Poppins and Chitty Chitty Bang Bang comes a new musical release based on the legend of Cinderella.

The Slipper and the Rose - composed by Robert and Richard Sherman has beautiful music, charm and lots of laughs.

First released in 1976 as a movie which was nominated for two Academy Awards.

It was adapted for the stage in 1984 and now has a score written especially for community theatre.

In 1976, “The Slipper and the Rose” was picked to be the Royal Command Performance of the year. The performance was attended by Her Majesty Queen Elizabeth, the Queen Mother.